What Black Women Need To Know About Fibroids 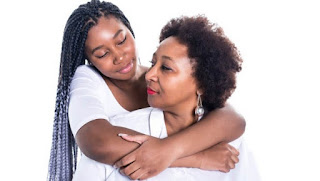 Fibroids don’t care who you are, and for black women this is a fact. Artist FKA Twigs, model Cynthia Bailey and Beverly Johnson have all shared their battle with them, but they are a mere portion of black women battling fibroids.


According to the Office of Women’s Health at the Department of Health and Human Services, some 20 to 80 percent of women will develop fibroids by age 50.


What Causes Them?
The cause of fibroids is unknown; however researchers have attributed cause factors to be:
·         Hormonal (estrogen and progesterone levels)
·         Hereditary
·         Obesity and diet
·         Alcohol
·         Vitamin D deficiency
·         Using hair relaxer (studies have linked this as a probable cause, as the chemicals in it are known hormone disrupters)
Symptoms of Fibroids
Black women are two to three times more likely to have symptoms like:
·         Heavy bleeding during menstruation
·         Long lasting periods
·         Pelvic cramping or paint with periods
·         Bleeding between periods
·         The constant feeling of having to pee
·         Pain during sex
·         Bloating
·         Pressure or fullness in lower belly
Fibroids And Fertility
Women can still conceive with fibroids, however they can impact fertility depending on where they are located. Fibroids in the uterine cavity of the uterus or submucosal fibroids can prevent the embryo from attaching to the uterine lining and cause trouble of conceiving or a miscarriage. Fibroids in the uterine muscle or intramural fibroids can block the fallopian tubes, which results in no entry way for the embryo to pass into the uterine cavity where it could implant on the endometrial lining.
How Are They Treated?
Hysterectomy: This is the surest way to eliminate fibroids. It is the surgical removal of the entire uterus. However, this means you would not be able to have children and will go into menopause. Hysterectomies are usually recommended for women with large uterine fibroids and extreme heavy bleeding, or who are nearing post-menopause.


Myomectomy:  Myomectomy is a conservative surgical therapy procedure that removes fibroids that enter the uterine cavity. This keeps the uterus intact for pregnancy. The surgery typically involves an inserting an instrument into the uterus to remove or destroy fibroids, or makes small incisions in the uterine and abdominal walls.


Endometrial Ablation: A minor surgery with heavy impact, endometrial ablations destroys the lining of the uterus. This does not remove all fibroids but controls heavy bleeding. This method also makes it highly unlikely to have children after.


Myolysis: Myolysis is a procedure typically used for small fibroids. For this, the doctor cut the blood supply to the fibroids with radiofrequency energy. The electric current or laser destroys fibroids and shrinks blood vessels.


Birth Control/Hormonal Medication: Medication does not eliminate fibroids, but it targets hormones that regulate your menstrual cycle and cause heavy menstrual bleeding and pain. Some medications like danazol can even shrink fibroids.

Uterine Fibroid Embolization: This surgery is performed by a radiologist and includes fluoroscopy, a real time x-ray. A radiologist inserts a thin instrument into the artery at the groin or wrist, then guides it to the fibroids blood supply. Particles are released to float downstream and block blood vessels, which is the blood supply for fibroids.

Popular posts from this blog

What’s A Doula?: The Rise of Doulas In Black Women 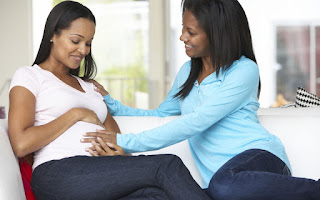 Doulas are undeniably a growing presence in the pregnancy, birth and post-partum process for black women, but it’s more than a fad in motherhood. Birth workers existed as far back as pre-colonization in African communities and were viewed as spiritual leaders. They were family counselors, post-partum doulas, nutritionists, community activists and more. This African tradition of birth spiritual leaders traveled the seas with slavery and spread throughout the diasporas in a westernized form of Granny Midwives. Midwives spread in American southern states like Alabama and Mississippi in the early 20 th century to provide maternity care to poor women who lacked access to hospital care. They maintained a strong presence until the early to mid-1900s when health officials and doctors sought to pursue legislation to discredit them as health professionals. But the need for intervention in the birthing and pregnancy process for many women was still an urgent need. In the begin
Read more 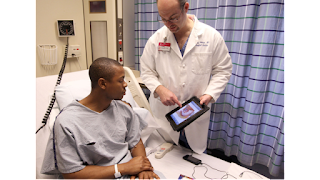 By. Jada Vanderpool A few years ago I experienced chronic sinusitis all year round. I was hooked to neti pots, over the counter Sudafed and any random eucalyptus remedies I could find that supposedly helped, but the pain often progressed to a point that even those things didn’t work and I needed medical assistance. But I dreaded this. One, because it meant I’d have to take a sick day and actually spend it at the doctor’s office. Two, I knew the doctor would give me the same diagnoses with the same treatment of antibiotics. I had been prescribed penicillin countless times as band-aid remedy, and no solution or explanation as to why I kept getting sinusitis. After about the fourth time in a year at the doctor’s office and on antibiotics, I demanded my doctor let me know why my sinusitis kept returning, and what other solutions were there for lessening my chances of it coming back. Her response? “You’re probably just stressed trying to adapt to a work environment, s
Read more